Yesterday, I asked some of the cast members of our current show to indulge me in a project. I wanted to do an audio recording of some Historical Love Letters. I had originally wanted to create our Spring Show around that theme, but we weren’t sure the subject matter would be appealing to a broad range of people. Not everyone loves history as much as I do.

Another early idea of mine was to read the correspondence between Elizabeth Barrett Browning and her husband Robert Browning, but that proved much too overwhelming. They wrote to each other….a lot, and they said a LOT.

It was, however, rather darling to read their very first letters to each other, how formal they are, and yet how full of promise. It felt like being in on a secret, knowing how much they would grow to love each other. If you’re interested, Project Gutenberg has them in their archives.

So I’ve been working on and off for about a month researching these love letters, and trying to find the right mix. I read Civil War love letters, political love letters, and just regular old, “I love you” love letters.  After a while, they all started to sound the same. I suppose that is the mass appeal of reading love letters. We’ve all, for the most part, been there, done that, felt that, and thought that. There truly is, “nothing new under the sun.”

Yesterday, I happened to find a site that listed what they claim to be the only surviving love letter of Ann Boleyn to Henry VIII, and added it to my final choices. I chose one founding father’s wife (Abigail Adams), one world leader (Winston Churchill), one author (Elizabeth Barrett Browning), one musician (Johnny Cash) and one larger than life historical couple (Henry VIII and Anne Boleyn).

Even though I’ve been researching this, I wasn’t actually certain I’d have anything pulled together in time for Valentine’s Day, but I managed to do it. I recently bought a new microphone, and I was itching to try it out. So when I came to the theatre, I sort of just dropped this idea in everyone’s laps, and they were delightfully supportive.

I think the actors who selected their roles did a wonderful job. We decided not to do ‘impressions,’ because it was more important to convey the emotion of the words than to try and sound like the person. Most of them did theirs in only one take.

I added some narration to introduce the listener to the relationship between the writer and his/her recipient, and asked our overwhelmingly talented accompanist Josh if I could use music from his cd, Promenade du Piano (On ITunes now) as the background track, which he graciously allowed.

The final product was finished and sent as a special gift to the members of our Theatre. I wanted to do special things for those who decided to support us, and this was our first gift. I hope that it will be well-received, and that we will be able to do many more gifts like this in the future! I extend my deepest thanks to Kevin, Candy, Russell, Liz and George for bringing history to life.

Above all, I’m pleased that an idea I had came to fruition in such a beautiful way. 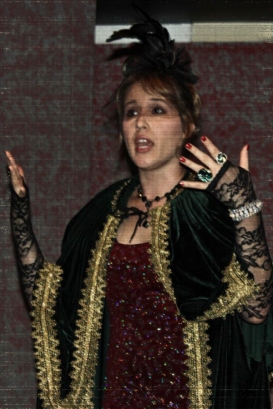 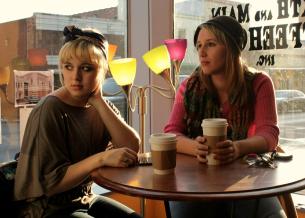 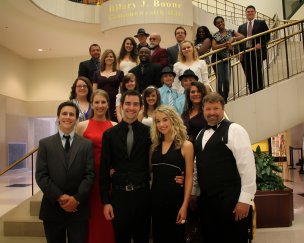