If you’ve ever wondered about the power of positive words, allow me to reintroduce Simon. For those of you who haven’t yet met him, look no further than the article entitled, “Simon Sees A Murder.” It’s two below this one. I’ll wait while you catch up.

Great. Now that you know how he feels about bath time, let me tell you a little bit more about his origin story. When I would visit him at the Humane Society before adopting him, he would run to me, leap into my lap, flip over on his back and purr. I was assured that he had ‘chosen’ me for his owner, and it seemed that was true.

Love means exposing your belly and hanging upside down.

However, when I took him home, something strange happened. He got tiny bumps all over his little body, and whenever I would try to pet him, he would purr furiously and LOUDLY, but immediately begin to choke and run away. I took him to the vet, got some medicine, and his bumps cleared up, but not the purr/choke issue.

I finally figured out that when I tried to pet him, he became so overwhelmed with happiness, that his purr motor was ‘overheating’ and choking him, thus causing him to run away.

He was literally becoming allergic to love.
END_OF_DOCUMENT_TOKEN_TO_BE_REPLACED

My cat was the only witness to a murder in a bathroom. Henceforth, he feels it is his loving animal duty to prevent that same kind of murder from happening to me. I don’t mean to be macabre, but that is really the only explanation that makes sense.

Simon is one of my beautiful adult black cats adopted from the Humane Society last year. He had been left on their front porch in a carrier with a note that read: “Friendly neighborhood cat. Keep carrier.”

Like Loading...
Follow Ashley Raymer-Brown on WordPress.com
This show premiered back when we still only did one weekend of performances, and I remember being so sad that more people couldn't witness the origin story of these two incredible women!! What a gift Concord Theatricals has granted us by allowing us to stream it for a limited engagement all these years later. Annie & Helen live on. ❤
One year ago TODAY (July 12) we filmed our first scene for "The Vegetable Stand" - which was the beginning of an incredible, year-long (and still going) adventure.
Rooney said, "Hello, Clarice." 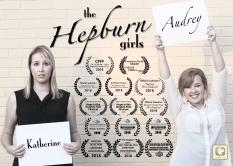 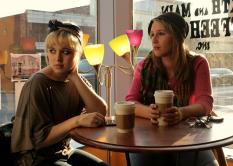