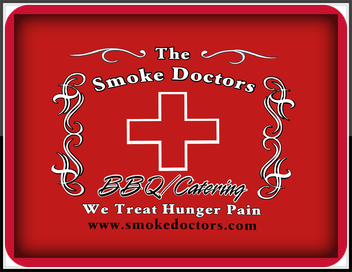 Last year, I was part of a four person team that created a new community theatre here in my hometown. (www.thetheatredownstream.com) I’ve written about the experience a few times, and how rewarding/enriching/tough it was, and has been. We even created a web series documenting our progress from first production meeting to final dress rehearsal. See the first episode here: https://www.youtube.com/watch?v=KuAZg_ayNWE

If you view the series in its entirety, or especially those first few webisodes, you’ll notice how one of the problems that plagued us last summer was the lack of a corporate sponsor. A corporate sponsor, for those not in the know, gives you a large(ish) chunk of money up front to help you fund your show expenses. (Paying the musician, stage manager, prop or costume costs, printing costs, etc). This enables you to make more profit on ticket sales to be used to help fund future larger shows, such as musicals.

In return for their financial contribution, you shower them with perks such as their name on all advertising material, including the poster and program, complimentary tickets, a poster signed by the entire cast and crew presented opening night to a company representative, your unending, undying devotion and the right to name your first born.

Minor things like that. It’s a small price to pay to help a fledgling theatre get off the ground.

I tackled the responsibility of securing a corporate sponsor for our first show with my normal blind optimism. Refusing to acknowledge the almost certainty of being turned down is really the only way I get anything done.

Surprising to no one but me, I kept hitting brick walls. I even had one business owner bluntly state, “Why should I support you? How do I know anyone will even come to see your show.” That comment knocked the wind out of my sails for a bit. Of course, it being our first show, they were entitled to that opinion, as I couldn’t rightly promise them that anyone would actually come to see our show.

But, they did. We had an amazing turnout, and people were flushed with excitement at the prospect of having a venue so close to home that the whole family could enjoy. Even without the support of a corporate sponsor, we were able to open our show already in the black. No small feat. We have since completed our second show, Holiday Homecoming, which was also met with enthusiasm. But still no corporate sponsors.

We are beginning our third show, an evening of one acts we have tongue-in-cheek entitled, “It’s Complicated: An Evening of One Acts About Life Love, and Other Important Things,” and I admit, when the topic of a potential corporate sponsor was broached, I was feeling defeated. Another board member volunteered to put out feelers in the community, and I gladly handed over the task. In truth, I had resigned myself to the fact that we would never have a corporate sponsor. That no business owner would stand up and say, I believe in you.

Liz, our valiant board member, contacted me and uttered four little words. “We have a sponsor.” It took a second to process and then I internally squealed with delight. Apparently, this whole time, the sponsors were out there, I had just picked the wrong person for the job!

Smoke Doctors BBQ is the very first business to step up to the plate. I hope it is the beginning of many more.

And ‘Smokey’ is as good name as any for my first born, right? 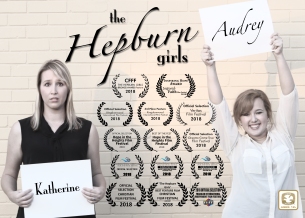 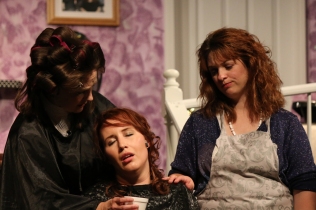 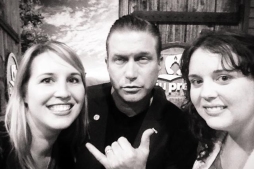 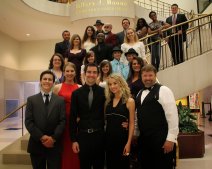