My most recent play, “Holiday Homecoming,” was designed as a Christmas variety show. I wanted it to be a mixture of the “Carol Burnett Show” and “A Prairie Home Companion.” We had singing, Christmas carols, history lessons, and readings of classic Christmas stories. I also wrote a couple original sketches to go in the show.

When compiling the show, I did a Facebook survey and asked for suggestions for songs. One of the most requested was, “Baby, It’s Cold Outside.” That particular song is very polarizing. People either love it or think it’s incredibly creepy. Because of it’s popularity, I wanted to include it, but I wanted to do a different twist on it.

I decided to play with the opinions of the two camps. Let’s start the song sweetly, and then, through a “Bad Director,” let the song dissolve into something very, very different. To be successful, my fellow actors would have to completely commit to their roles. I knew it would either go over extremely well, or fall completely flat.

I’m pleased to say that thanks to James Russell Cooper, Greg Collier, and the incomparable Joshua Riley the song/sketch was a huge hit. We never really choreographed any of the movements. We wanted the freedom to make it different each night if we felt led. Part of the strength of having Russell as my acting partner for the sketch was our ability to be intuitive about our actions.

The last day of our performances, I got an idea to make it even weirder. My favorite moment had always been when Russell’s character slowly removes my hat and sings, “I’ll take your hat, your hair looks swell.” I told him my idea for that section, and he beamed, “I’ll do it!” I really appreciate that kind of willingness to always try something new.

That is the performance that made it to this video. Enjoy! 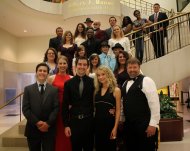 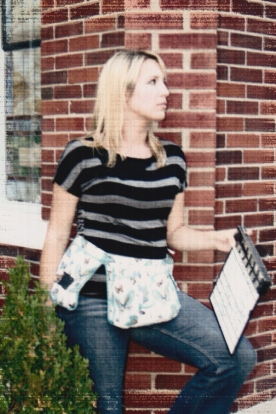 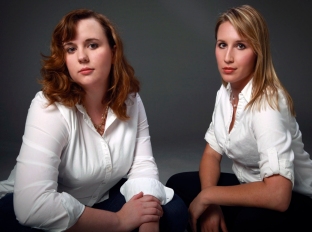